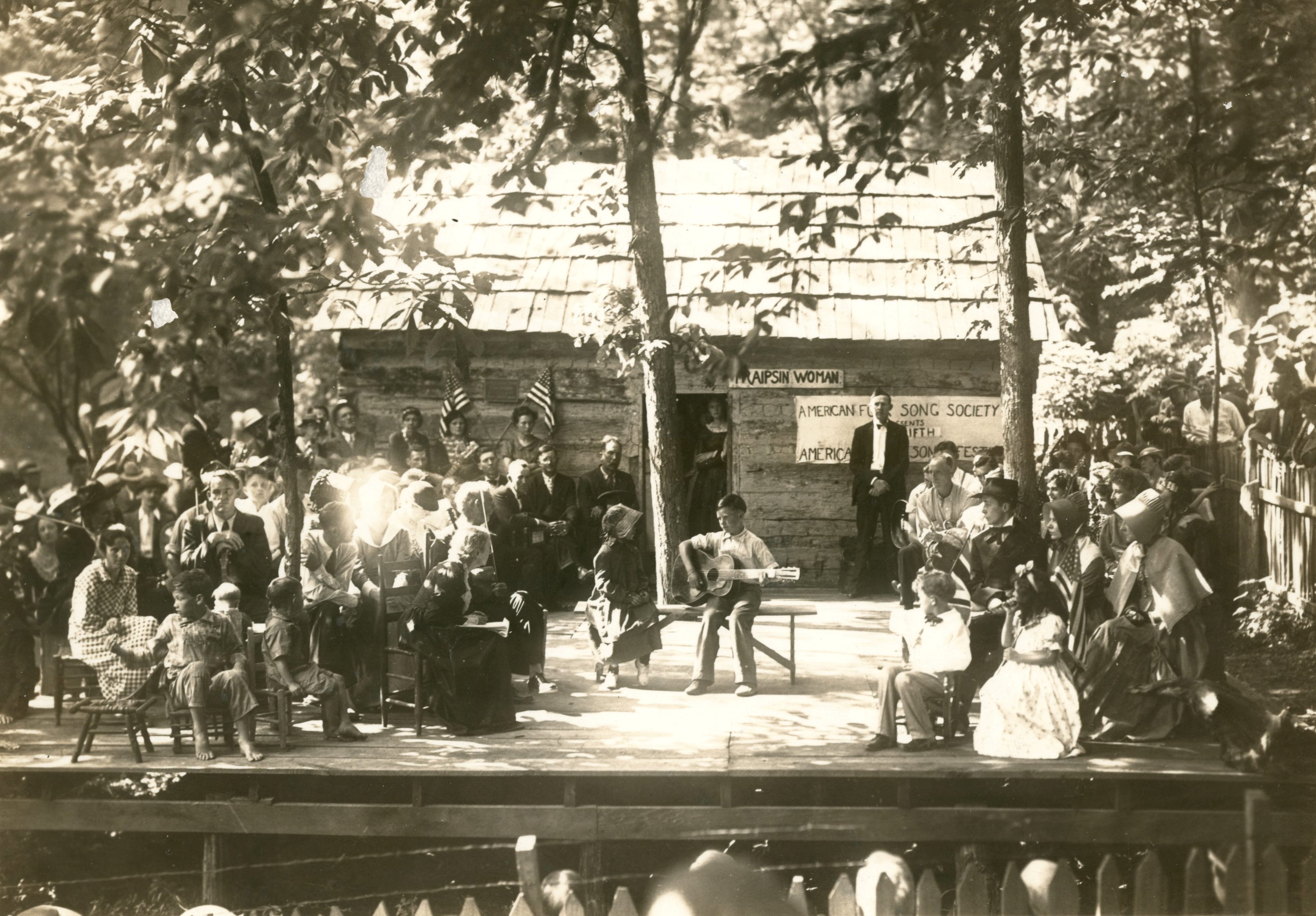 These eastern Kentucky singers and musicians were brought together by Jean Thomas (1882-1982).  They were among the many who she recruited to perform at her American Folk Song Festival, a pageant-like event she staged in the Boyd County / Ashland, Kentucky area beginning in 1930 and which continued until her retirement in 1972.

The festival followed an unchanging script that Thomas said was intended to show "authentic sequences in America's musical history."  Overall it reflected the belief of Thomas and many of her contemporaries that the speech patterns, songs, and other traditions of early British Isles settlers still survived in Appalachia.

Musicians would play traditional stringed instruments such as dulcimer, fiddle, guitar, banjo, and accordion, plus recorder and mouth harp. Homemade varieties, such as fiddles constructed out of corn stalks and banjos made from gourds, appeared alongside later models.

Selections from the American Folk Festival: